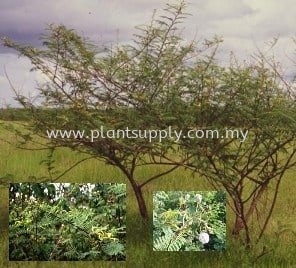 Elephant Thorns or Duri Gajah is fast becoming a major problem in landscape not only in Malaysia but also in many tropical countries. The plant originated from South America but was brought to other parts of the world as green manure and cover crops.

It first entered Thailand in 1947 and made its way to Malaysia soon after that. Today it has spread as far as Indonesia and Australia causing serious problems to human and animals. They can be seen to sprout out of unlikely places such as local electricity substations (TNB’s substations), around campus, along riverbanks and lakes and ponds.